Saturday saw old rugby friends Wigton cross the border to take on Annan in a pre-season friendly at Violetbank. Wigton play in Cumbria Division 1 of the Northern Division.

The game was played in 4 x 20-minute sections which allowed both teams to try out different combinations of players.

The home side started well especially in the set piece play with the Annan forwards looking strong in the scrums and lineout and with the backs also combining well, keeping the ball flowing, Annan put their visitors under pressure in the first 20-minute session.

The pressure paid off when, from a lineout in the visitor’s 22, the ball was fed quickly to No 8 Sean Haren, who crashed over to score. Josh Whiteside slotted the conversion. Annan 7 Wigton 0.

The second 20-minute session was more evenly contested with each side making several positional changes.

The second half was almost a mirror image of the first with both sets of defences standing firm until the visitors, from a lineout, used a driving maul to drive play to within a metre from the line, recycled the ball with their no 6 eventually driving the ball over the line to score. With the try converted the score were tied at 7 all.

The last quarter of the game, although played out in torrential rain, did not affect both teams’ desire to break the deadlock. Annan came closest when from a beautifully judged kick through by Harry Houldey, looked to have been touched down for a try but the referee deemed that it had touched the corner flag and was therefore disallowed.

All in all, this was a highly enjoyable game to watch with both teams playing an attractive style of rugby. Annan featured several new faces in the first team which bodes well for the future. Last word to Annan Coach ‘Gogs’ Carmichael when asked how he thought the game had gone, – ‘More positives than negatives’ was his reply. 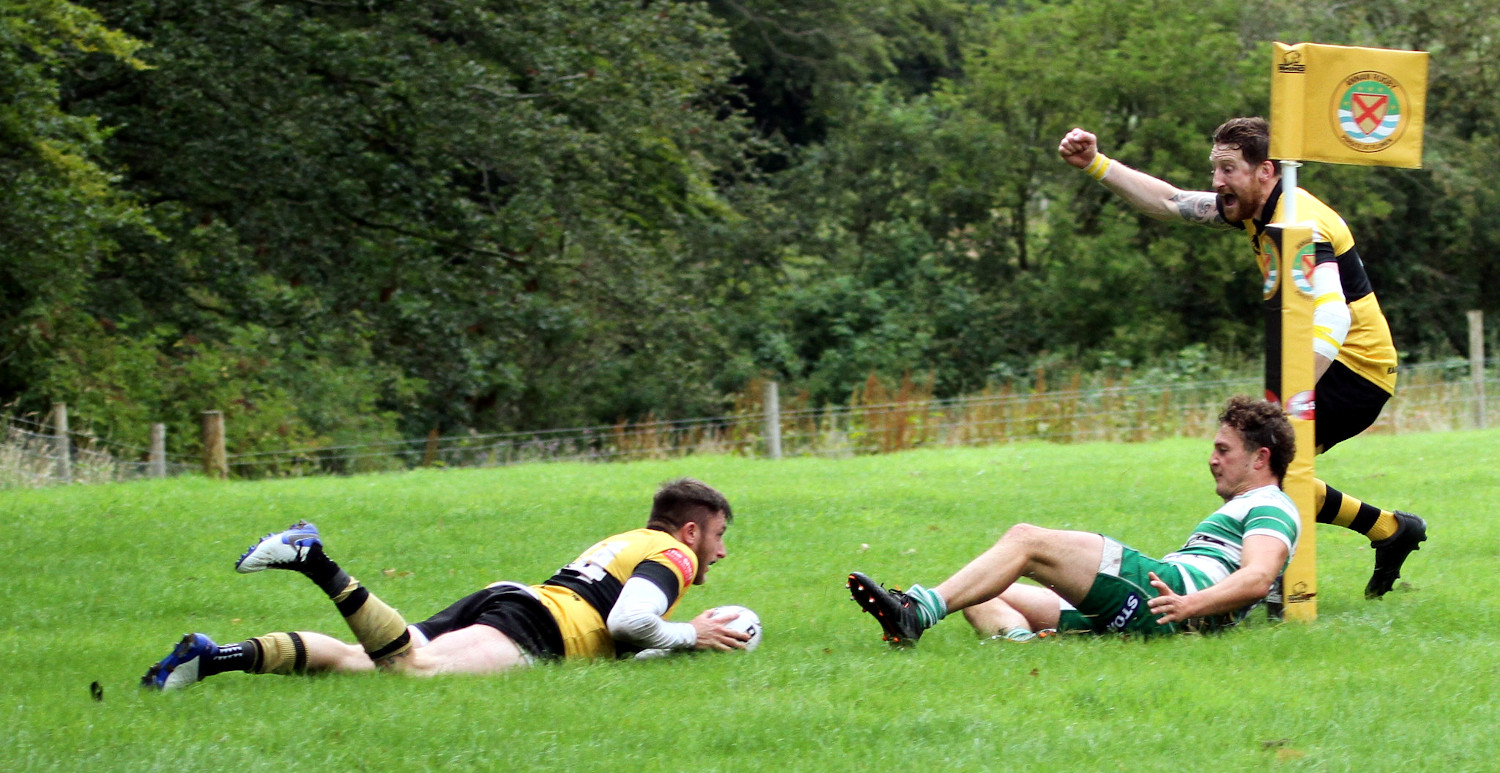 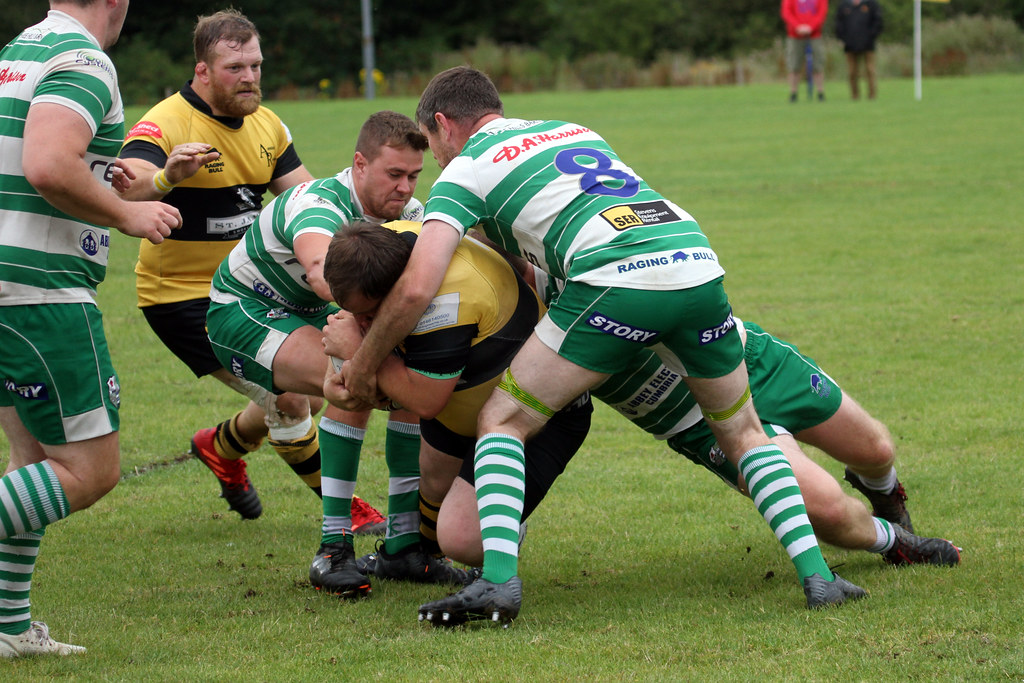 The 2 tries from the match – 1 from each team