With a number of players unavailable due to attendance at a wedding, some positional and personnel changes had to be made to the Annan team.

From the kick off both teams proved for an opening and ten minutes in with Annan pressing an attack towards the Lenzie 22 and over optimistic and easily telegraphed missed pass was attempted to the Annan wing, which saw a Lenzie player catch the ball and run the length of the field to score under the posts for an easy converted try.

Annan responded a few minutes later when after good interplay in the forwards the ball was passed along the backline for full back James Kirby to score in the corner,  This was unconverted.

Lenzie went further ahead  a few minutes later when a quick move at the front of a lineout on the Annan 22, caught the home defence sleeping to score an unconverted try out wide.

Annan then suffered a double blow when prop Kieron Watret and outside centre Aaron Carmichael had to be replaced due to illness and injury.

This necessitated further reorganisation in the Annan ranks, which was ruthlessly exploited by Lenzie a few minutes later when a deft kick over the Annan defensive line was gathered for another converted try under the posts.

The final act of the half saw a quick tap penalty by Annan 10 metres out from the Lenzie line fed to number 5 Neal Coupland who bullocked over to score in the corner.  This was unconverted.

The 2nd half saw Annan lay siege to the Lenzie line and their efforts were rewarded after a few minutes when Ryan Armstrong scored from close in which was converted by Josh Whiteside.

The resultant kick off was Lenzies first foray into Annan territory since the resumption of play and handling errors in the Annan rank saw the referee play advantage which Lenzie exploited to score a further converted try.

The remainder of the game saw Annan lay siege to the Lenzie line, which was ultimately breached just prior to the final whistle when a deft chip through by Sean Haren was pounced on by Neal Coupland to score his 2nd of the day.  This was unconverted.

A close run thing but no cigar for the Annan boys, who at times contributed to their own demise with various individual and collective errors.  That said all the boys who played upped their game in the 2nd half and should be commended for their efforts.

Best for Annan on the day were Neal Coupland, Andrew Jancey and Callum’ Dinger’ Bell who was outstanding when he came on.

Special mention to Sean Haren who played his 200th game for the 1st XV and rolled back the years to play prop forward from his usual position at inside centre.  You will have had easier outings in your career. 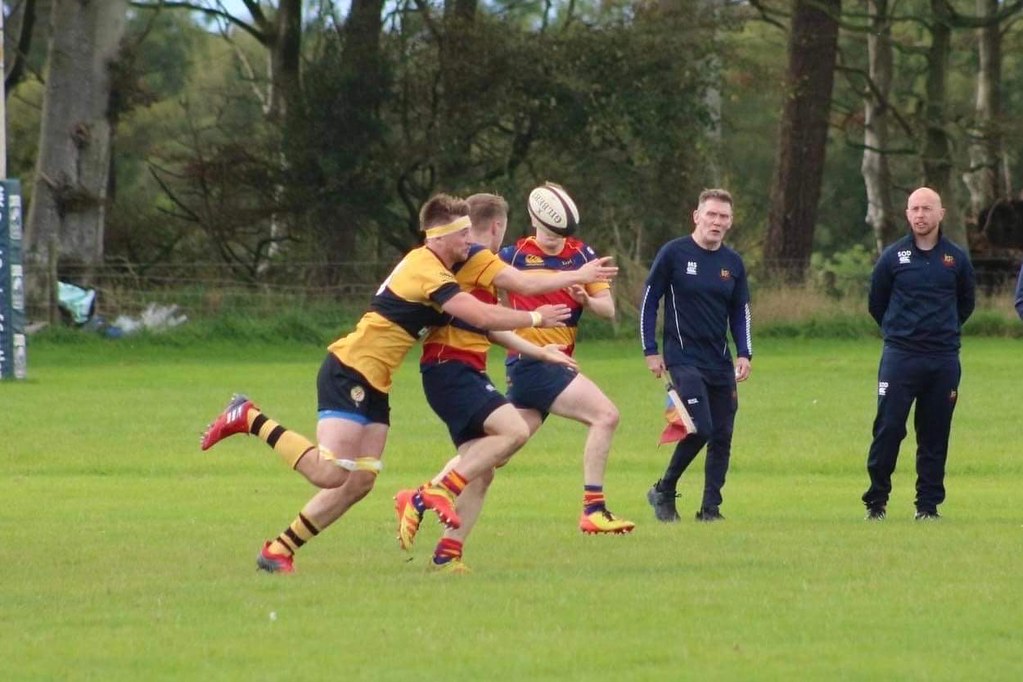