On Saturday 6th November, 2021 after a disappointing performance in the last home game against local rivals Stewartry, it was hoped that the Annan 1st XV would up their performance against the latest visitors to Violetbank, Lenzie RFC.

Prior to kick off the visitors sitting in 4th, two places ahead of Annan in the Tennent’s West Regional League Division 1, Albeit the home side have two games in hand.

Any worries of a repeat of the lack lustre display against Stewartry being repeated were soon dispelled when a vigorous Annan XV took the game to their opponents from the start, with great tempo being generated by the new half back pairing of Aaron Carmichael at scrum half and Josh Whiteside at stand off.

This proved fruitful when after a few minutes andb some good width and possession the Lenzie defence were stretched to allow Ryan Hetherington in for the first try following a probing run by Whiteside.

Annan went further ahead a few minutes later when after some further good phase play utilising the whole width of the field, back row Houldy broke through the Lenzie defence to be halted just short of the line in front of the posts, seeing this had sucked in several Lenzie defenders, the ball was quickly moved through the hands to winger Elliot Haley to score in the left corner.

From a mistake following a Lenzie, lineout out Annan set up a couple of quick rucks to position themselves in front of the posts, when scrum half Carmichael picked up and dummied to go left before waltzing through the remaining defenders to score under the posts.  Bigham adding the conversion.

Lenzie then managed to gain some territory in the Annan half just before half time which resulted in their converting a penalty following some indiscipline in the Annan ranks.

At the start of the 2nd half Annan resumed there attacking style of play and were again rewarded after a few minutes when Lenzie kicked after a scrum wide left just inside their 22, this was pounced on by the Annan backs and passed the full width of the pitch before being put back inside to scrum half Carmichael who had started the move at the other side of the pitch to score and excellent try, which would grace any try competition as a strong contender. This was converted by James Bigham.

Annan stretched there lead a few minutes later when after winning possession just inside the Lenzie half, the ball was put out wide right to number 8 Sean Haren who put the deftest grubber kicks through from 30-40 metres out which was followed up at pace by centre Alex Halliday for another excellent score.

James Bigham then received a yellow card for lack of discipline in the tackle area and this allowed Lenzie to gain a rare foothold deep in the Annan half where they scored an unconverted try.

Back to full numbers Annan had the last score of the day, when following an Annan scrum the ball was moved quickly to centre Johnny Callaghan who burst through the Lenzie line for a well deserved try, with Bigham adding the two points.

What a response from this Annan team who, unlike in their previous game, were alert, aggressive and dominant throughout especially in the first half when they probably played their best rugby as a cohesive unit of the season so far, with at least another 4 tries being lost due, to dropped balls, a poor final pass or knock on at or over the try line.

Pick of the bunch for Annan in a great team performance were the half back pairing of Carmichael and Whiteside in the backs and Houldey and Warrick in the forwards.

This win moves Annan up to 4th in the league and the boys now have a couple of weeks off from the League campaign to work on some systems in and around the contact area, where they conceded too many penalties.

Their next League outing is away to League leaders Allan Glens, on 27th November. That said if the boys show the same attitude and commitment they did prior to and during this game then they should be more than able to give Glens a good hard contest in their own backyard. 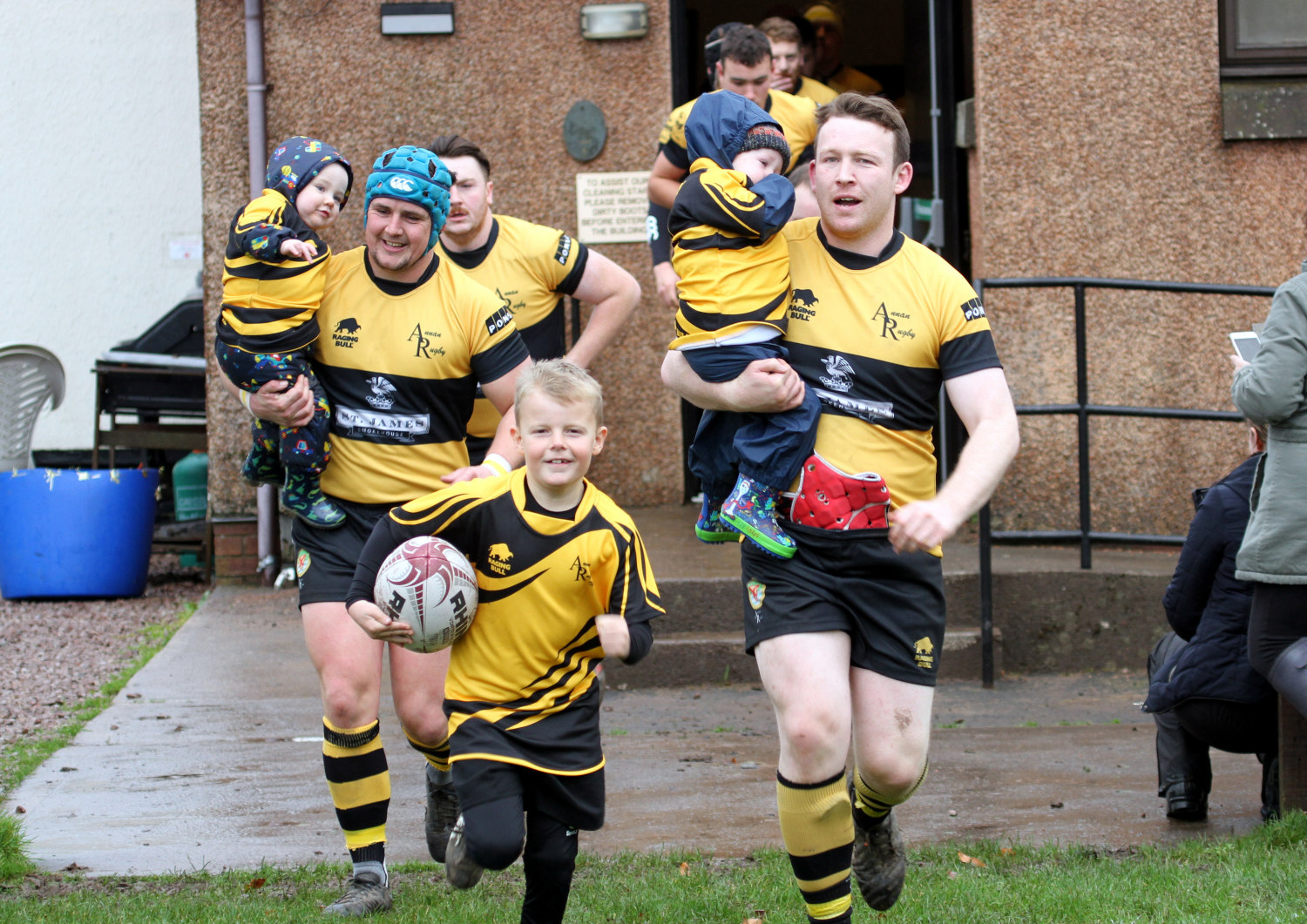 Sean , Callum and the 3 Mascots 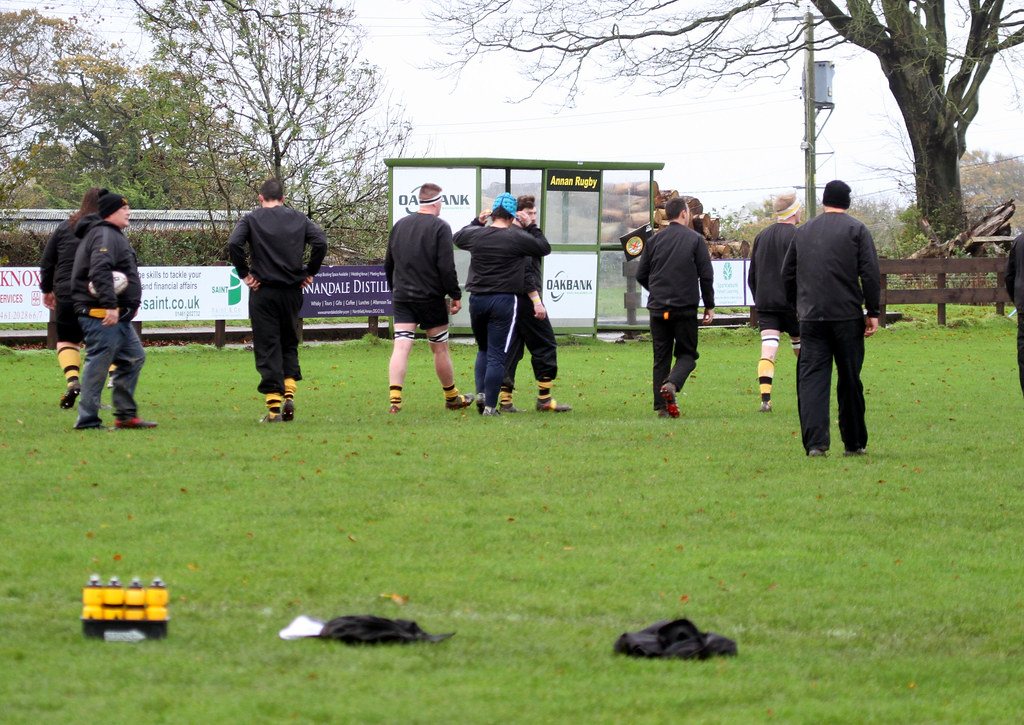