From the outset Garnock applied pressure to the Annan defence and after a prolonged period where the home defence were unable to clear their lines, despite various attempts, the Garnock pressure paid off with an unconverted score out wide.

Annan reduced the deficit to two points a few minutes later through a James Bigham penalty after the visitors were penalised during an Annan attack.

A few minutes later after a number of penalty infringements by Annan, Garnock went further ahead when one of their forwards drove over from short range.  This was unconverted.

From the start of the 2nd half a reinvigorated Annan took the game to Garnock with a prolonged period of pressure in the visitors half, this culminated in a poor clearance kick attempt which went straight to 2nd row Dan Robson on the 10 metre, line who immediately run hard back at the fractured Garnock defence in a trademark bullocking run, committing the final defender to slip a pass to the supporting Calum Bell to run home under the post from the 22.  James Bigham levelling the scores with the conversion. 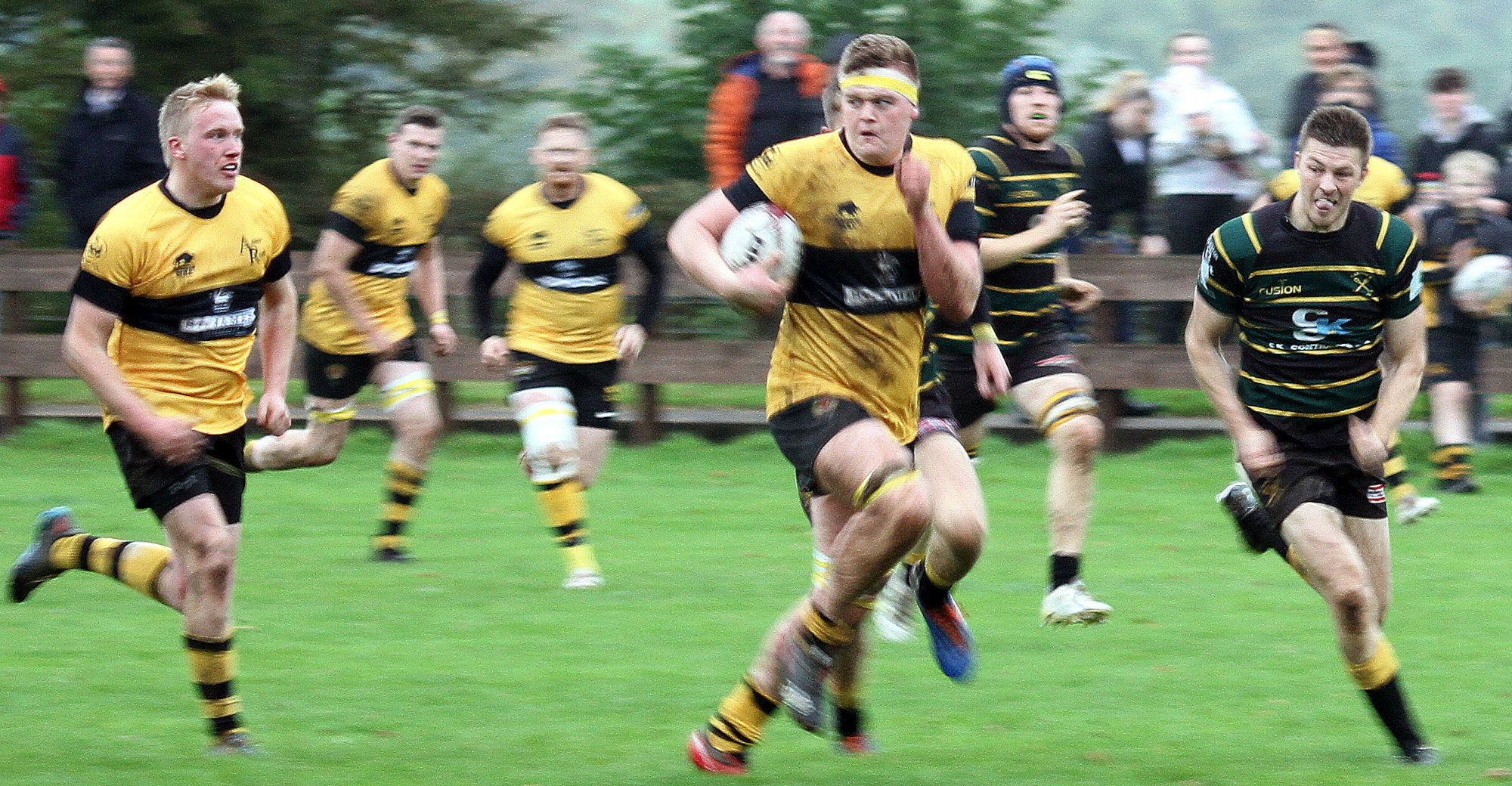 Dan on the charge

Garnock regained the lead through a penalty a few minutes later following an infringement by Annan at the breakdown area.

From the resultant kick off Annan pressured the Garnock line and after a number of phases a long pass found winger Josh Whiteside out wide left,  who dived over to score an unconverted try and regain the home sides lead.

Garnock re took the lead with a converted try close into the posts due to some poor defence by Annan who allowed the scoring player to waltz through a disjointed defence to score.

With both teams continuing to probe, Garnock gained the upper hand and took the win with an unconverted try late on. This came from an Annan infringement at the breakdown, with Garnock gaining a lineout from the resultant penalty which they duly drove over for the try.

So the first defeat of the season for Annan, who were sluggish after their three week layoff and could not replicate the fluency and flair of previous games, with plenty to work on both in terms of fitness and cohesiveness before next weeks trip to Kilmarnock and hosting old rivals Stewartry at Violetbank in a couple of weeks. 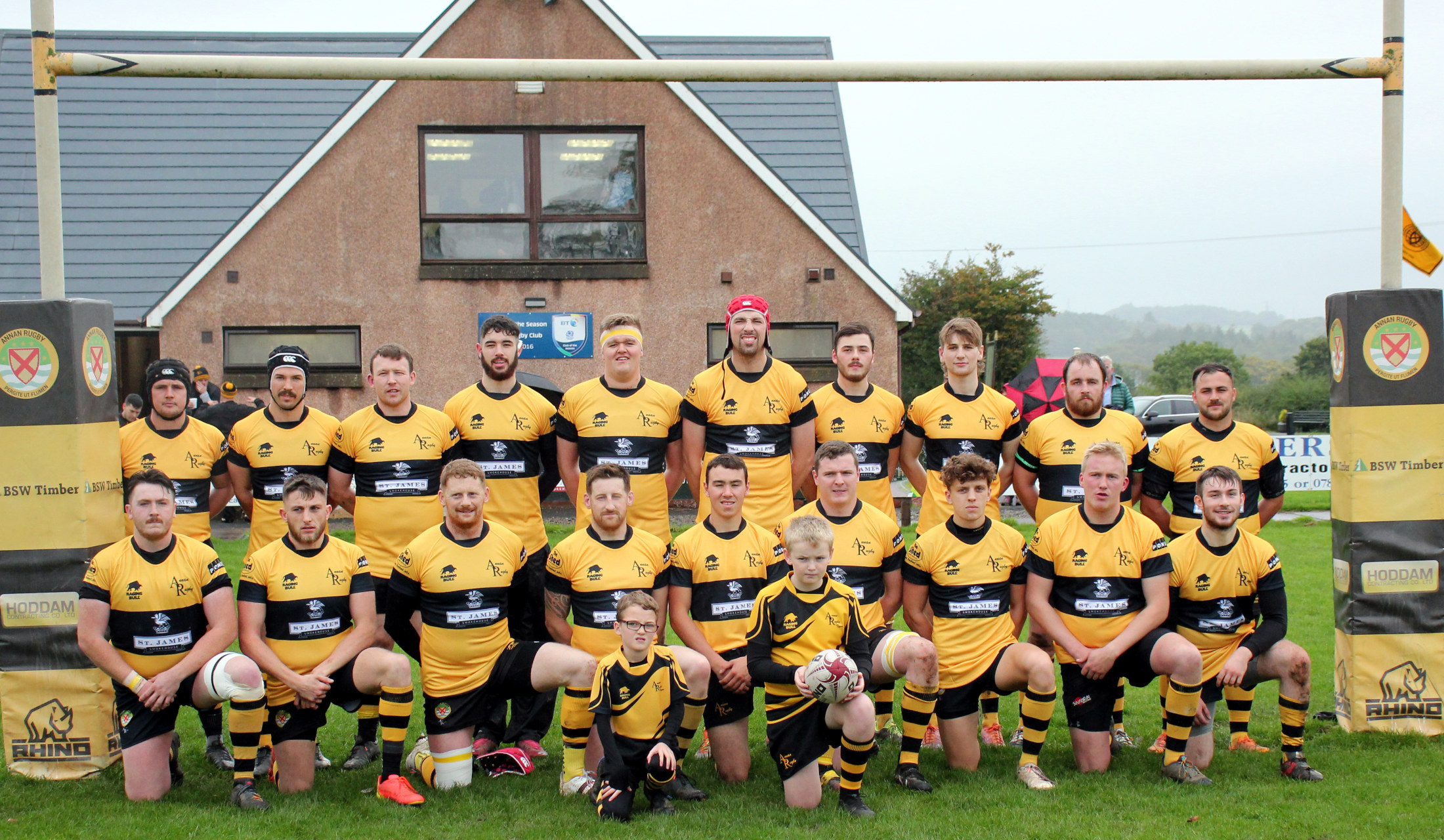 The 1st XV before the match 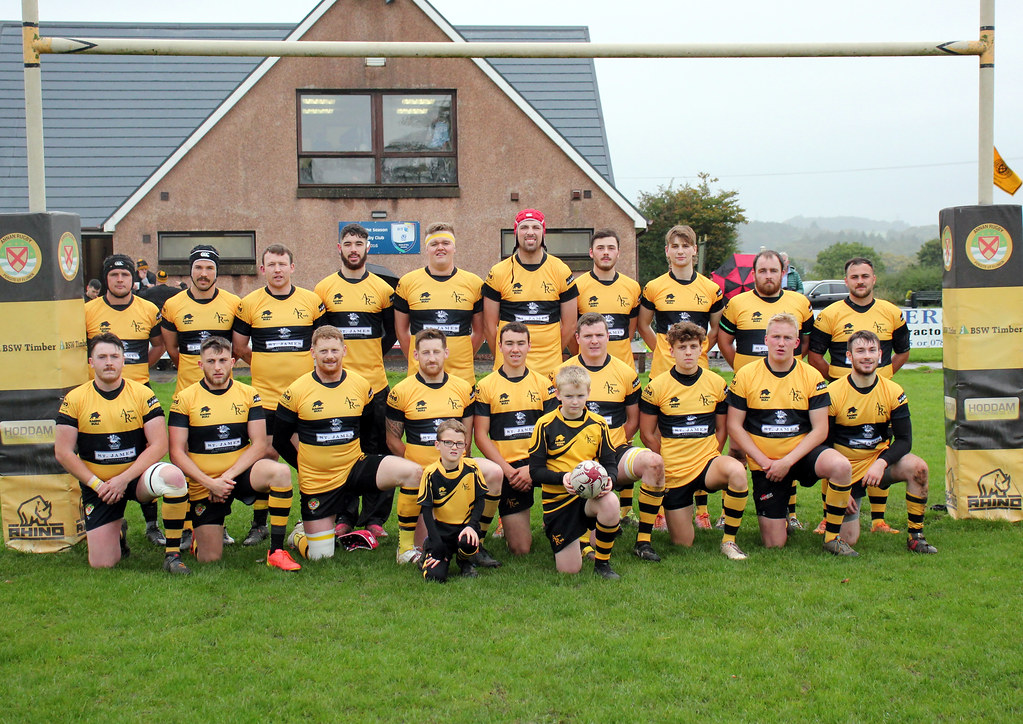 The 2 Annan tries from the match