On a bright and sunny Saturday 18th September, 2021, Annan 1st XV entertained our old protagonists Carrick Rugby from Ayrshire.  Prior to the match a bench was dedicated in memory of former Club President Ronnie Anderson, with members of his family, both teams and spectators also took part in a minutes applause in memory of Ronnie before the game.

Hoping to build on last weeks performance away to Cambuslang the boys took the game to the visitors and immediately attacked using the whole width of the pitch with prop Juan Phyfer crossing the line, however he was adjudged to have been held up by the referee.

Annan maintained the pressure and from a driving scrum a few minutes later No8  Sean ‘The King’ Haren picked up and forced his way over for the first try.  This was duly converted by James Bigham.

From the kick off Annan continued to exert control and pressure the Carrick defence and a further scrum about 10 metres out saw a repetition of the first with the Annan pack forcing their opponents onto the back foot at the scrummage and Haren capitalising to force his way over, for his and Annan’s second.  Bigham duly adding the conversion points.

Shortly after the resultant kick off, Carrick kicked ahead, which was not dealt with by the Annan defence and this allowed one of the Carrick players to take advantage of the indecision and regain possession.  This allowed Carrick to build some possession in the Annan half and after several unsuccessful attacks they were awarded a penalty which was duly converted.

After a few minutes of attack and counter attack Annan were awarded a penalty wide left which they chose to run and after a couple of carries by the forwards, the ball was released along the line for winger Ryan Hetherington to score in the corner.  Bigham adding the conversion.

Shortly after the restart Carrick gained some possession deep in the Annan half and after a number of phases where they retained possession, they drove over from close in for an unconverted try.

Fired up by this Annan then took the game to Carrick and after an intelligent kick ahead into space by Alex Halliday, gathered by Josh Whiteside, this led to the Carrick defence being fragmented and Juan Phyfer took full advantage using his strength to power over from 8 metres.  Bigham adding the 2.

From the restart Annan maintained possession and with some good interchanges between backs and forwards Josh Whitseside broke free down the left drawing the last man and putting scrum half Aaron Carmichael free to run in under the posts from 30 metres out. Bigham converting.

Carmichael gaining his 2nd of the day a few minutes later, when he capitalised on a Carrick overthrow at the lineout to put the ball through the hands along the backline to winger Ryan Hetherington, whose deft chip through the onrushing Carrick defence was gathered by the supporting Carmichael to cross the line.  Bigham converting.

Annan went further ahead a few minutes later when some prominent driving play followed by quick hands released centre Alex Halliday who used his space to split the remaining defenders to score.   This was unconverted.

Following some poor discipline by the Annan defence after a tap penalty Carrick reduced the score with a converted try.

The last word however went to Annan and from a line-out 30 metres out, the ball was passed to Harry Houldey the replacement scrum-half who barged his way through several Carrick defenders to score. Bigham rounding the day off with the 2 points.

Another good performance from the whole squad, befitting the memory of our former President and it was pleasing to see a lot of training moves being showcased by the boys to good effect, with particularly in the 2nd half some entertaining rugby  That said there is still room for improvement primarily around the contact area where too many penalties were conceded and around concentration levels and reaction to events at times.

All in all a good start to the season for the boys and lets hope they can build on it next week away to Strathendrick.

Thanks to Carrick for the game and see you back up at Maybole in probably colder times,

There were a lot of good performances on the day by a number of the team, however man of the match was Alex Halliday primarily for his work in defence and vision in attack.

Special mention to Lewis Goldie and Murray Forbes who made their first 1st XV league debut for the club. 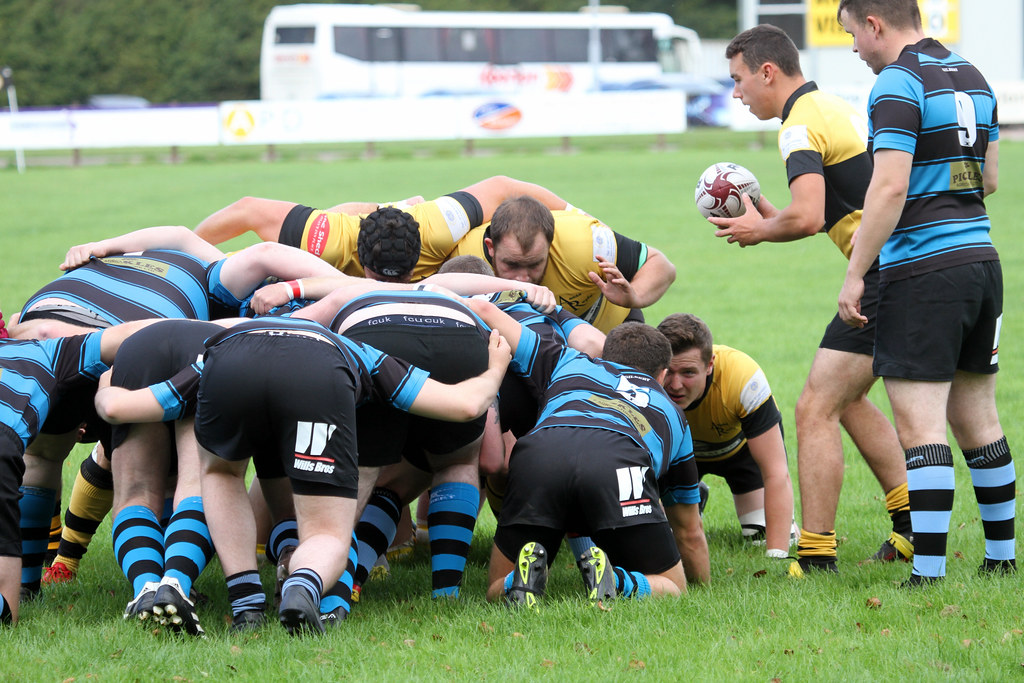