On Saturday 23rd April, Annan 1st XV entertained Cambuslang 1st XV  to Violetbank in their penultimate home fixture in Tennent’s West Regional Division 1.    After a hard fought and narrow win the previous week away to Strathendrick it was hoped that the for once fairly settled Annan squad would build on that against the visitors.

From the kick off Cambuslang secured possession and kicked the ball deep into the Annan half where it was gathered by scrum half Aaron Carmichael who beat a couple of chasing Cambuslang players then made around 40 metres before being tackled in the visitors 22.  From the resultant ruck quick ball was passed to centre Adam Torbett who run a sublime angle through the Cambuslang defence to score under the posts.  Josh Whiteside adding the conversion.

From the resultant kick off the Annan forwards regained possession and after a couple of quick rucks 10 metres inside their own half a series of carries and offloads covering some 40 metres by both forwards and backs released centre Alex Halliday in for Annas 2nd try, with Whiteside again adding the conversion.

A few minutes later after some Cambuslang pressure, Annan were penalised at the breakdown and with the Annan defenders looking fairly nonplussed and relaxed, the Cambuslang 10 took a quick tap penalty making several yards through the Annan defence before putting one of his teammates in for an easy score under the posts which was duly converted to reduce the deficit.

Annan immediately responded by again pressuring the Cambuslang defence and after a few minutes an attempted clearance was kicked straight to Annan number 8 Sean Haren who gathered the ball and had an easy run in from a few metres to score under the posts.  Whiteside again adding the conversion.

A few minutes later Annan counter rucked at a breakdown with the visitors 22 winning possession and after a couple of quick rucks and si9ome fast hands, Adam Torbett was released again out wide right to run through and behind the visitors defensive line to score his 2nd and Annan’s bonus point try.  Whiteside again adding the conversion.

From the resultant kick off Annan had a couple of carriers and quick rucks before some good interchanges down the right touch line were finished off by Josh Whiteside.   This was unconverted.

A few minutes later following an Annan lineout and subsequent ruck in the centre of the field about 10 metres inside the Annan half, Aaron Carmichael sensed the visitors defence wasn’t set properly, picked up and burst through the side of the ruck to run some 60 metres to score under the posts.  Whiteside adding the conversion. 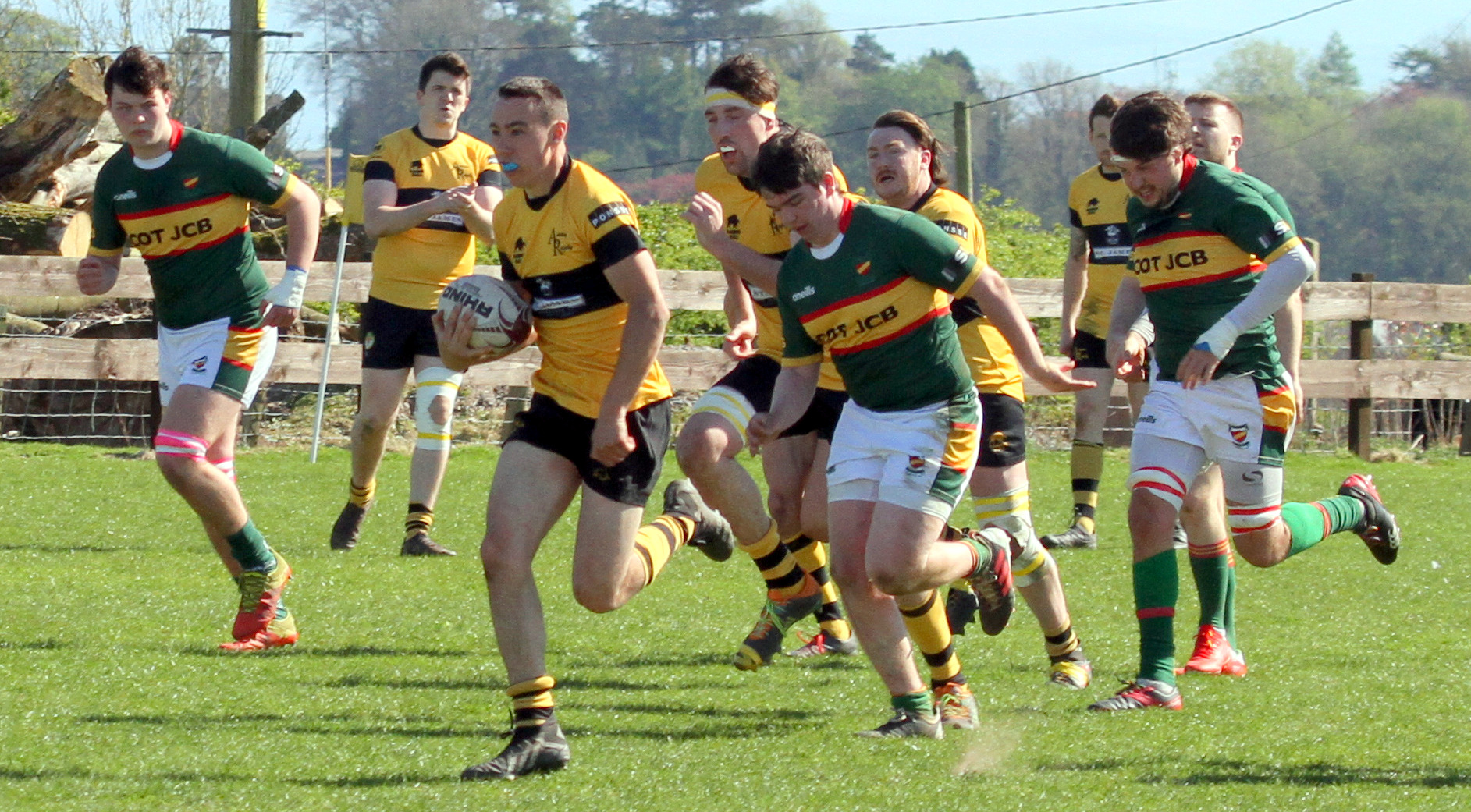 Early in the 2nd half Annan won a lineout on the right touchline just inside the visitors 22, from a resultant carry and ruck quick hands including a looping missed pass covered the width of the field to put winger Elliot Haley in wide right for an excellent team score.  This was unconverted.

Annan then continued to pressurise the visitors defence and were rewarded a few minutes later when standoff  Josh Whiteside charged down an attempted clearance kick, gathering the deflected ball, before the defence could react, scoring wide right.  This was unconverted.

Cambuslang reduced the deficit a few minutes later when their standoff gathered a scrappy pass some 30 metres out from the Annan linen and then proceeded to waltz through the Annan defence to score a converted try under the posts.

Normal service was resumed a few minutes later when quick hands following a scrum on the left allowed replacement Johnny Callaghan to burst through for a score to the left of the posts. This was converted by Whiteside.

Annan maintained the pressure and from another scrum on the left the ball was put across the backline through the hands to Adam Torbett, now playing on the right wing, for a well deserved hat trick which was unconverted.

Annan finished the scoring just before full time when after a good counter ruck at the breakdown, wing forward Harry Houldey burst through to round the visitors defence and score behind the posts.  Sean Haren adding the conversion.

A good performance from Annan, who built on the last 20 minutes of the previous week to put together their best performance for a while.  This was helped with a more settled squad for once which allowed more cohesiveness and understanding between units within the team.

Best for Annan on the day were Michael Thompson and Harry Houldey in the forwards and in the backs the half back pairing of Carmichael and Whiteside ran the show for most of the game with the latter showing a lot of maturity and awareness and having one of his best games of the season at 10 as well as scoring two tries, however man of the match could only go to one man, Adam Torbett whose line breaks and angles of run were top class. 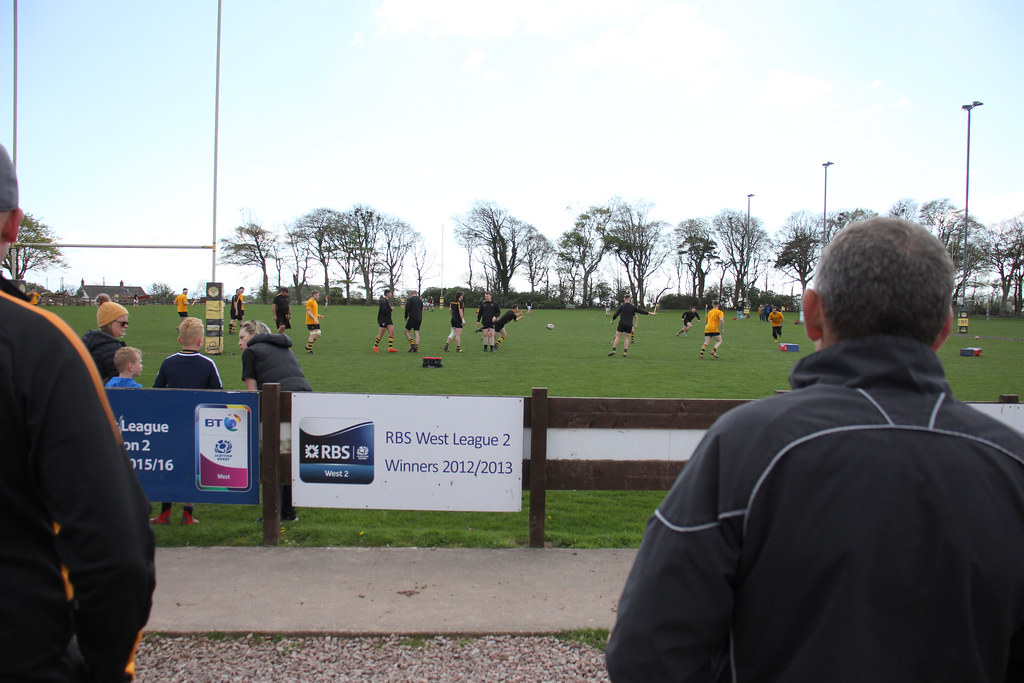