THOUGHTS ON THE COMING SEASON 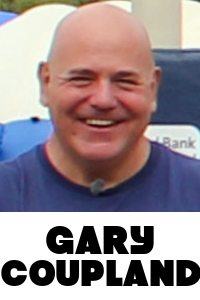 “As was the case in the latter part of the 2019/20 season the COVID 19 pandemic, impacted again in terms of last years playing season, however as we hopefully emerge from its impact it has been great to see that numbers are once again flourishing at both junior and senior level with a lot of new faces at training across the club. It will also be good to see many of them in action in this weekend’s games against East Kilbride and Stewartry Women. A warm welcome to both Clubs as we hopefully resume some form of normality going forward.

One of the most pleasing aspects of the pre season has been the introduction of a number of youth players into all the senior teams, from the Club youth system, which augurs well for the future.

Our micro, mini and youth sections are also growing, for which a lot of credit has to go to our Youth Development Officer Nicole Barlow for her work in both primary schools and through various holiday camps etc throughout the year. We have recruited a number of youth coaches over the year and it is pleasing to see 10 individuals from the Club undertaking the new coaching essentials course and 3 on the referee course.

Off the field the Club completed a Club Values Survey with all members which resulted in our values going forward for the next few years as being Enjoyment, Respect, Teamwork and Development.

This feedback also influenced the content of the Club Action Plan, which in turn will inform a new Club 5 year development plan as we go forward from this season.

Arising from this the main development has been the that on 5th May, the club managed to complete the purchase of Violetbank, having leased it since we moved here in 1999. This marks the beginning of a new chapter for the club as ownership will allow us to develop our facilities to meet the current and future demands not only of the club but our wider community.

I would like to thank the Holywood Trust and Murray, Little and Knox Solicitors for their support in making this project a reality. The support from Club members, friends and the local community during the past few years for the various fundraising activities has also contributed greatly to this outcome. I would also like to thank Club project leads Fiona Latimer and Neil Moffat for their efforts in this.

It was also heartening to see the club rallying to support the local community during the height of the COVID Pandemic, from collecting and donating food-bank items which were donated to two local charities at Xmas, the use of Violetbank by Dumfries and Galloway Regional Council in their support of families, Annan Town Band and other individuals, to the use of our clubhouse at 17 Bank Street by the Council/NHS as a COVID Testing Station. Between March and June.

The past 12-18 months has been difficult for everyone and the COVID 19 pandemic has highlighted the potential impact on everyone’s mental health and wellbeing. As such I am delighted that the club partnered with the looseheadz Foundation to support all our players, coaches, members, staff and volunteers, both through the past few months and as we emerge from the worst of the pandemic to a hopefully brighter future. Thanks also to Laura McKay for taking on the role of mental; health and wellbeing lead, for the club and for all the work she has done during the past few months in that regard.

For both this weekends fixtures entry will be free of charge as a thank you to our many members and friends who have supported the club during these trying times.

We will also have a minute’s applause before both this weekend’s senior fixtures in memory of all those who have passed away during the pandemic and former President Ronnie Anderson and former SRU representative Adam Gray in particular.

Ronnie’s widow Faye and his family will attend the match against East Kilbride. Prior to the game a memorial bench will be dedicated in memory of Ronnie” 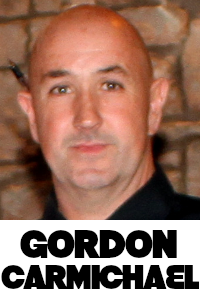 “After a difficult few months due to Covid, I am very pleased with the numbers who have trained pre season with the senior men’s Squads, with over 50 having attended in total during the period and regularly averaging enough players for two teams per training session.

It has also been pleasing to see a number of new, returning players and youth players transitioning into the senior ranks, which hopefully will give us not only a good depth for both squads as we move into the season ahead but also competition for places.

In terms of the season ahead myself and the coaching team have not set any major targets for the season as Covid is still with us and things could all change again.

For us this season is about getting the boys back playing and enjoying their rugby after a difficult few months and being able to improve their individual and team skill set, which will hopefully allow them to express themselves and develop to the best of their ability as we go through the season”

“It’s been quite a difficult 18 months for the Warriors as with most teams due to Covid 19, but we are all glad to finally get back to playing again.

The players have came back keen to work hard and improve, with the addition of a couple of players new to the game and a couple of the clubs Hornets moving into the senior ranks the squad is in a good place.

This seasons challenge in National one is gonna be tough with a lot of good teams all fairly evenly matched.
Looking forward to seeing our new leadership team of Nicole Barlow and Kayleigh Warrick lead from the front both on and off the pitch. Also Scottish Futures players Lexie Steel and Ellie Henderson who take the step up into senior rugby.”

A busy weekend of rugby action as the majority of teams start their league campaigns.

Also a busy Saturday for Finley McCartney as he has been selected for the Scotland U20 Rugby League squad to play Ireland at Dalkeith Rugby.

Congratulations Finley from all at Annan Rugby.

1ST XV IN LEAGUE OPENER AT HOME TO EAST KILBRIDE

STOP PRESS: Alas the 1st XV match v East Kilbride is OFF as unfortunately an East Kilbride player has tested positive for Covid-19. Safe recovery to the affected player/s.

As a result, the 1st XV will now travel to Wigtownshire for pre-season friendly. KO: 2.30pm

The lads scored at regular intervals and ran out 40 v 12 winners.

Well played lads and thanks to Wigtownshire for hosting.

The 1st XV now travel to Cambuslang next week for their now opening West 1 league match (if all goes well!)

On Saturday, the 1st XV start their 2021/22 league season with a home tie against East Kilbride.

After mixed fortunes in their pre-season friendlies, the 1st XV will be eager to start their campaign with a win.

U18 BOYS OFF TO EAST KILBRIDE/CAMBUSLANG

STOP PRESS: The U18 lads travelled to East Kilbride/Cambuslang for their first development match of the season.

The Annan lads did well but the combined East Kilbride/Cambuslang U18’s ran out 34-7 winners.

The Annan U18 XV now host Galloway (ie Stewartry and Newton Stewart) U18 XV next Saturday at Violetbank.

The U18 boys start their league season away to East Kilbride/Cambuslang on Saturday.

Leaving Annan at 11am with pick ups as arranged

WARRIORS IN LOCAL DERBY ON SUNDAY

The Annan Warriors start their Division 1 league campaign with a match against local friends and rival Stewartry Sirens.

The Warriors couldn’t have asked for a tougher start against a side they have yet to beat in the league in 4 attempts but the Warriors will be raring to go after an absence of over 500 days since the Warriors have played league rugby at Violetbank.

A big Warriors support would be most appreciated.

Kick off at Violetbank: 2pm

U14 & U16 BOYS ALSO HOST STEWARTRY ON SUNDAY

The U14 and U16 Boys both have matches at Violetbank on Sunday as they also host Stewartry in their opening league matches.

It’s been quite a while since Annan Rugby put out 3 boys teams over the weekend.

U14-U18 GIRLS ON THE ROAD TO WIGTOWNSHIRE

And last but by no means least, the U14-U18 girls are travelling to Wigtownshire rugby on Sunday in their latest matches of the new season.

The Hornets were at Dumfries last Sunday in their first outing of the season and had some great games against the locals girls teams.